This is the best feature of android to organize your data and Create Folders on Android. By using these Features, you can create home screen folders and can also create folders in your file manager to organize your files.

Below we will discuss how to create both types of folders on an Android device.

How to Create Folders on Android

First Create a Home Screen folder, Pick Up two apps, and Put them together in the app. Both these apps will Organize in one Folder.

How to Rename a Folder in Android

Some Android Phone Automatically NAME the Folder according to the app Placed in the folders. If you want to Rename the folder, follow the below steps;

How to Add an App to a Folder in Android

If You Add the app by Following the above methods it is very easy. Search the apps that you want to add and then drag them to the folder.

Here below are the steps to Add an app to a folder in android;

There are two methods to Remove an App from a Folder in the Android app;

Another Method is to Tap the app and Then Select Remove.

How to Move Folders Across Home Screens in Android

Just Like the Other apps, you can move folders across Home Screens on Android.

How to Delete a Folder in Android

There are many ways to remove or Delete a Folder in Android.

How to Make a Folder to Manage Files

If you want to organize your Photos, Music, Videos, Documents, etc use the File Manager Folder.

There are the following steps;

In this way, you can create a File Manager and Organize your Data in a proper way.

The above Methods are all about Create Folders on Android 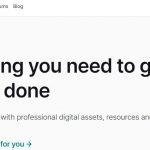 What is Envato Elements? 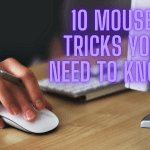 10 Mouse Tricks You Need To Know